Depression has many symptoms, ranging from being down-right sick in bed to being super tired to not happy and can't seem to smile because of worry about almost everything. 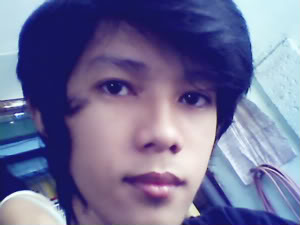 Arthur, my husband, will say, "I just don't feel good." Since he had double bypass surgery 11 years ago, my radar signal goes up when I hear him say that, and I start asking questions like, "Do you have pain anywhere? Does your chest hurt? Are you tired?" After a half dozen "no's" he'll drop a hint that clues me in--"I need a good cup of coffee." Then I figure he's just plain depressed.

In Arthur's case, feeling depressed usually centers around worry about lack of money to do things needing to be done or to pay bills. I sometimes fall into the worry mode, and invariably sickness follows, usually a cold.

There are several natural remedies to combat feeling down. The first that comes to mind is to get outside and take a brisk walk in the sunshine. The walk in the fresh air and the light of the sun both are good for raising endorphins, one of a group of chemicals occurring naturally in the brain, having pain relieving properties.

Some people take St. John's Wort for depression relief, though studies suggest that it is not the best remedy. Tryptophan is better and which is helped in being produced in the body by the omega foods--flax seeds, English walnuts, and soy, for example. One can also get supplements with tryptophan.

An interesting cognitive behavior activity that has been suggested is to say nothing negative about anyone or anything for 14 days straight. If you slip, you start counting all over again. It's amazing how much negativity we think and say on a regular basis and don't even realize it!

Having regular sleeping habits helps with low spirits. Go to sleep and wake up at regular times, with a good eight hours of rest a night. Can't get to sleep? Try playing some classical music. Two suggested albums are "Power Classics" for rising and "Starlight Classics" for going to sleep.

Wake up and take a hot and cold shower, two to three minutes of hot and 1/2 to one minute of cold. Do this three times in a row. I find it a real picker-upper, and an added benefit is a boost to your immune system. The hot and cold helps produce more white blood cells.

Having good nutrition is another factor in helping with depression. The same things recommended for helping to fight cancer help in fighting the blues. Eat plenty of fruits and vegetables, and cut way back on protein and fat. Eat whole grains and avoid refined foods such as sugar.

Dr. Neil Nedley has written an excellent book you might find helpful entitled, "Depression, the Way Out". It is easy to read and understand with lots of pictures and graphs.

To the top for ways to fight depression